Tight hamstrings seem to be at the forefront of complaints for a lot of people. This is not something we have statistics on, but after many years of coaching, I can confidently say, most people think their hamstrings are tight.

The general consensus for most people is, when the hamstrings are tight they should be stretched. It makes sense right?

For a lot of people, this is the mindset, but no matter how much they stretch those tight hamstrings, there is no significant change. Unfortunately, fixing tight hamstrings with stretching is not that simple.


This may be caused when a muscle is frequently positioned in a shortened position and the muscle fibres have actually decrease sarcomeres in series and the connective tissue adapts and shortens.


This occurs when the nervous system sends a signal from the brain to increase the tone of a muscle as a protective response when lacking strength and stability and other areas.


In an earlier post 5 Exercises for Thoracic Mobility, I discussed the effects of sitting for prolonged periods and its effect on posture and movement quality. Sitting for hours on end causes the anterior musculature of the hip to shorten. Over time this causes the pelvis to become tilted forward which is what is more commonly know as an anterior pelvic tilt.


The way the body is engineered is a whole lot of length/tension relationships. Equal tension pulling in each direction is what keeps us aligned. For simplicity, lets think about the pelvis being pulled by two strings. One attached to the posterior side of the pelvis and one to the anterior.

If the anterior side becomes short, because of excessive periods of sitting, the posterior side is placed under stretch (the tight hamstring feeling!).


What happens is, the pelvis becomes tilted forward and the nervous system increases the tension through the hamstrings because the anterior core and glutes are losing the tug of war.


In this particular case the hamstrings become the victim rather then the cause.  Tight hamstrings is the symptom of  the pelvis being in anterior tilt.

The origin of the heads of the hamstring attach to the ischial tuberosity and the insertion is at the proximal portion of the lower tibia and fibula.


Why is this important?


The hamstrings are biarticular muscles meaning they cross two joints. They function in two ways, hip extension and knee flexion. 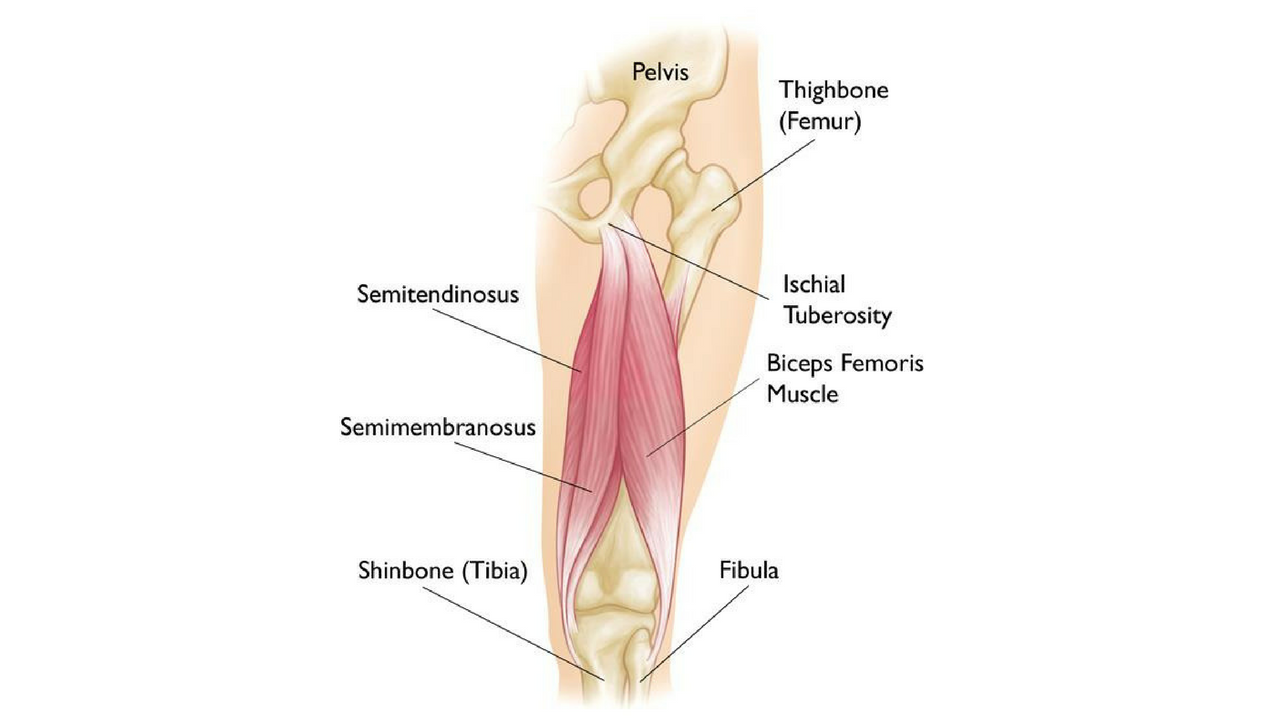 This over extension pattern is known as anterior pelvic tilt. This can be corrected by focusing on not only lengthening the hip flexors but strengthening the anterior core and posterior chain.


This pulls the pelvis back into alignment and creates a balance between tension.

Figure 2 illustrates the relationship between muscles acting on the pelvis. 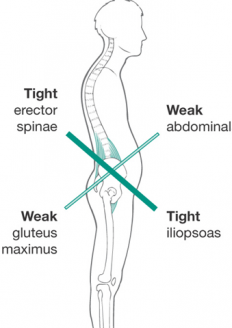 Below I have listed five exercises that will help correct an anterior pelvic tilt and help relieve the feeling of tight hamstrings.

The focus of the first two exercises is increasing length through the anterior musculature of the hip.

The focus of the second two is strengthening the posterior chain and the final exercise to strengthen the anterior core.

The split squat is a great exercise to open up the anterior hip and also has the added benefit of also improving ankle mobility. Increasing length through your hip flexors will help decrease some of the tension placed on the hamstrings.

The added benefit of the couch stretch compared to a regular hip flexor stretch is it stretches the rectus femoris, a muscle which is often forgotten. The rectus femoris is a biarticular muscle, meaning it crosses two joints, thus to stretch it, the knee needs to be in flexion while the hips are in extension.


The standard, half kneeling hip flexor stretch only targets illiopsoas and not the rectus femoris. When fixing an anterior tilt, it is important to assess both these areas. Squeeze your glute on the same side. This will posteriorly tilt the pelvis and ensure you get a greater stretch in the rectus femoris.

Check out our article 5 Exercises for Tight Hip Flexors for more mobility drills.

The glute ham raise strengthens the hamstrings at both the hip and the knee joint simultaneously. It works both primary functions, knee flexion and hip extension while also being a closed kinetic chain exercise.

The deadbug is a great anterior core drill which teaches people to dissociate movement from the lumbar spine and the hips. The goal of this exercise is to maintain neutral spine and not go into over extension as you lower your leg. The cue to focus on is to keep your ribs down and lower back flat against the floor the whole time.

The next point to understand is how important it is to take alignment into account before just stretching a muscle. If the muscle is tight and already holding extra tension, you are doing more harm than good trying to stretch it.


In the case of anterior pelvic tilt, the hamstrings are trying to provide much needed stability to the pelvis.


"Tight hamstrings is more the symptom than the cause!" 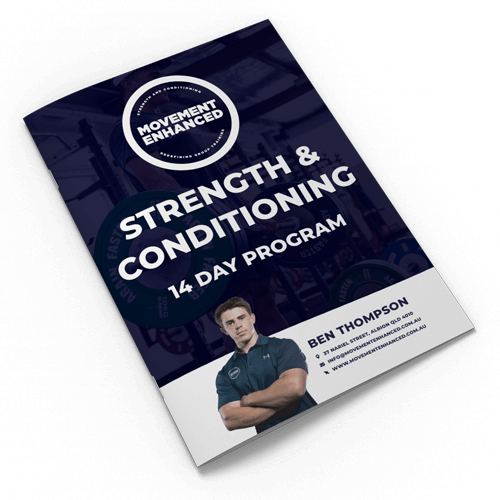 Download 14 days of our Strength and Conditioning programming completely FREE.